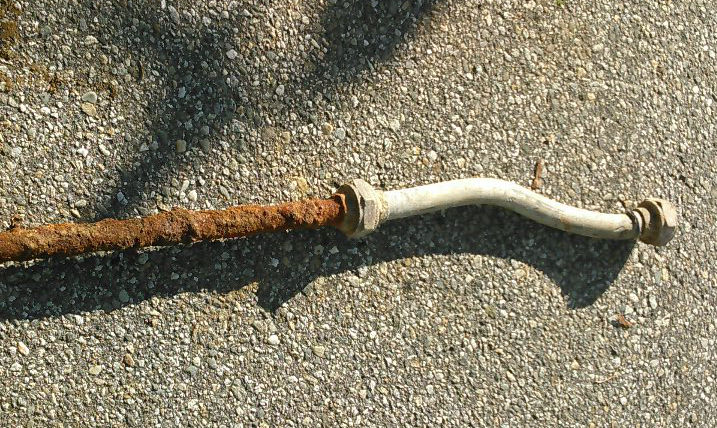 Lead was widely used in water pipes during the industrial revolution that triggered urbanization and exponential growth of the population in metropolitan centers. The reason for its popularity was the plasticity of the material used in service lines near the end user. The negative health effects have been known since the 1920s, but infrastructure modernization in industrialized countries remains an enormous economic challenge. Lead service lines therefore continue to circulate water in our supply systems. The city of Flint in the northwest of Detroit, for example, received much press attention due to its long struggle with lead poisoning (e.g. Flint Water Crisis). Dissolved lead is highly toxic in a very small concentration and accumulates in body tissues.

The biggest challenge when removing lead from the water cycle is that it is usually dissolved in very low concentrations. Other compounds “mask” the dissolved lead, which makes its removal difficult. Sodium, for instance, is concentrated ten thousand times higher than lead. While nowadays lead can be removed from water by reverse osmosis or distillation, these processes are not selective and thus ineffective. They consume a lot of energy, which in turn is an environmental issue in itself. High energy consumption makes water treatment also very expensive. At the same time, other minerals dissolved ion water are beneficial and therefore desired ingredients that should not be removed.

MIT engineers have developed a much more energy-efficient method to selectively remove lead from water and published their results in the journal ACS EST Water. The new system can remove lead from water in private households or industrial plants and hence from the water cycle. Through its efficiency, it is economically attractive and offers its users the clear advantage of not being poisoned.

The method is the most recent of a number of development steps. The researchers started with desalination systems and later developed it into radioactive decontamination method. With lead the engineers have found an attractive market. It is the first system that is also suitable for private households. The new approach uses a process that was named shock electrodialysis by the MIT engineers. It is essentially very similar to electrodialysis as we know it, as charged ions migrate into an electric field through the electrolyte. As a result, ions are enriched on one side while being depleted on the other.

The difference of the new method is that the electric field moves as a sort of shock wave through the electrolyte and drags dissolved ions along. The shock wave traverses from one side to the other is the voltage increases. The process leads to a lead reduction of 95%. Today, similar methods are also used to clean up aquifers or soil contaminated by solvents. In principle, the shock wave makes the process much cheaper than existing processes because the electrical energy is targeted to remove specifically lead while leaving other minerals in the water. Hence, a lot less energy is consumed.

As usual for bench top prototypes, shock electrodialysis is still too ineffective to be economically viable. Its up-scaling will take time. But the strong interest of potential users will certainly accelerate its industrialization. For a household whose water supply is contaminated by lead, the system could be placed in the basement and slowly clean the water carried by the supply pipes because high rates occur only during peak hours. For this purpose, a water reservoir is necessary, keeping a stock of purified water. This can be a fast and cheap solution for communities such as Flint.

The process could also be adapted for some industrial purposes. The mining and oil industries produce much heavily contaminated wastewater. One imagine to reclaim dissolved metals and sell them to the market. This would create economic an incentives for wastewater treatment. However, a direct comparison with currently existing methods is difficult because the longevity of the developed system is yet to be demonstrated.

At Frontis Energy we are thrilled by the idea of ​​creating economic incentives to help implementing environmentally friendly processes and are already looking forward to a commercial product.