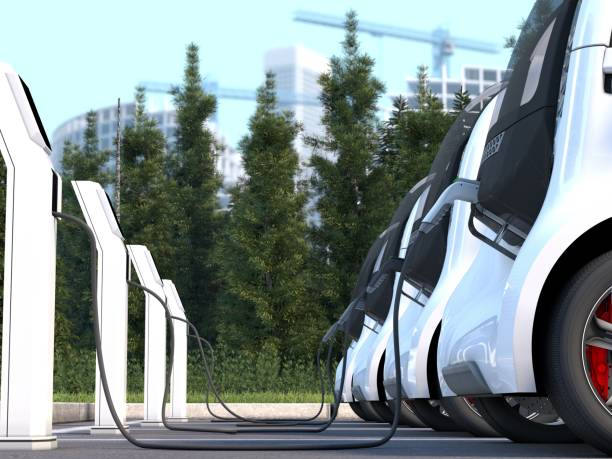 One of the biggest hurdles for the electrification of road traffic is the long charging time for lithium batteries in electric vehicles. A recent research report has now shown that charging time can be reduced to 10 minutes while the battery is being heated.

A lithium battery can power a 320-kilometer trip after only 10 minutes of charging − provided that its temperature is higher than 60 °C while charging.

Lithium batteries that use lithium ions to generate electricity are slowly charged at room temperature. It takes more than three hours to charge, as opposed to three minutes to tank a car.

A critical barrier to rapid charging is the lithium plating, which normally occurs at high charging rates and drastically affects the life and safety of the batteries. Researchers at Pennsylvania State University in University Park are introducing an asymmetrical temperature modulation method that charges a lithium battery at an elevated temperature of 60 °C.

High-speed charging typically encourages lithium to coat one of the battery electrodes (lithium plating). This will block the flow of energy and eventually make the battery unusable. To prevent lithium deposits on the anodes, the researchers limited the exposure time at 60 °C to only ~10 minutes per cycle.

The researchers used industrially available materials and minimized the capacity loss at 500 cycles to 20%. A battery charged at room temperature could only be charged quickly for 60 cycles before its electrode was plated.

The asymmetrical temperature between charging and discharging opens up a new way to improve the ion transport during charging and at the same time achieve a long service life.

For many decades it was generally believed that lithium batteries should not be operated at high temperatures due to accelerated material degradation. Contrary to this conventional wisdom, the researchers introduced a rapid charging process that charges a cell at 60 °C and discharges the cell at a cool temperature. In addition, charging at 60 °C reduces the battery cooling requirement by more than 12 times.

In battery applications, the discharge profiles depend on the end user, while the charging protocol is determined by the manufacturer and can therefore be specially designed and controlled. The quick-charging process presented here opens up a new way of designing electrochemical energy systems that can achieve high performance and a long service life at the same time.

At Frontis Energy we also think that the new simple charging process is a promising method. We are looking forward to the market launch of this new rapid charging method.