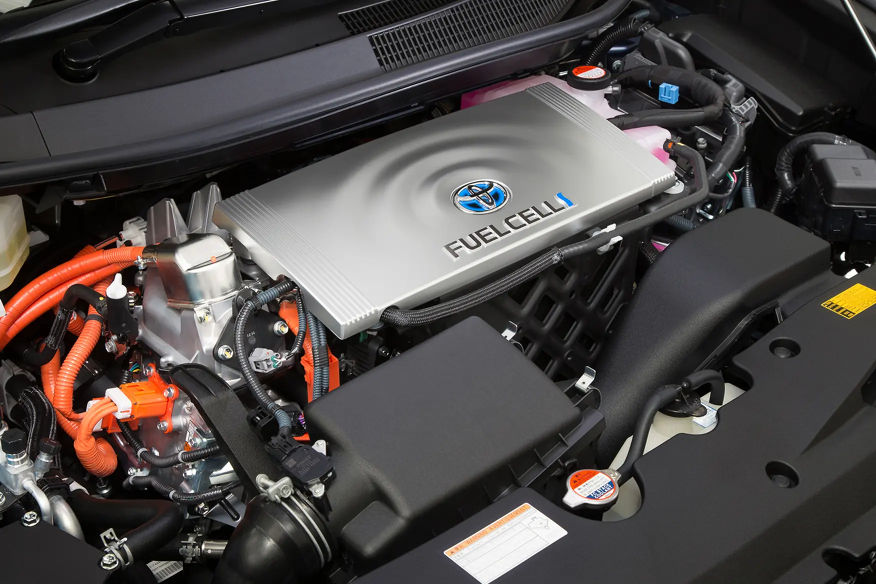 Catalysts for low-temperature fuel cells are permanently improved to overcome high costs. Only when low-temperature fuel cells are competitive with internal combustion engines will they be an alternative power source for transportation or even portable devices. The US Department of Energy’s (DOE) milestones for the cost of a light-duty vehicle fuel cell system is $30 per kWnet. However current costs of a proton-exchange membrane (PEM) fuel cells ranges between $45 and $51 kWnet.

Challenged to reduce fuel cell production cost, researchers have suggested changing the fuel cell operating environment from acidic pH to alkaline. This will require to replace PEM by anion-exchange membranes (AEM) in fuel cells. The true advantage of AEM over PEM fuel cells is the cost reduction through cheaper membranes. Additionally, a broader spectrum of materials could be used and the oxygen reduction reaction (ORR) kinetics would be improved. Yet, acidic conditions corrode non-precious metals quickly while at the same time the high loading of platinum group metals (PGM) catalysts  need to be reduced as well.

Synthesis of Fe-N-C electrocatalyst and it structure

Researchers from the University of South Carolina, Columbia (USA) together with their partners recently reported in Nature Energy the remarkable performance of inexpensive Fe-N-C cathode catalysts with single-atom Fe-Nx active sites in AEM fuel cell. The Fe-N-C catalyst was constructed in respect to two important aspects: increase the average pore size (ranging from 5-40 nm, 1 µm) as well as the level of graphitization. Both measures reduce the hydrophobicity of the catalyst layer. To optimize their catalyst’s performance, the researchers went through an iterative process using various material characterization techniques. Energy Dispersive Spectroscopy mapping was used to ensure the catalyst composition was homogeneous. Iron atoms in the catalyst were present as single atoms, which was confirmed by Scanning Transmission Electron Microscopy imaging.

The electrochemical analyses carried out by the scientists showed that their Fe-N-C catalyst achieved high ORR activity via four-electron O2 reduction. In this reduction reaction, oxygen is directly reduced to water without the intermediate hydrogen peroxide step. The yield of hydrogen peroxide as function of potential over the entire experimental range was less than 1% – a good result for a non-precious metal catalyst. The current density of the reaction was of 7 mA / cm2.

The Fe-N-C catalyst was used on the cathode of a hydrogen-oxygen AEM fuel cell. An high peak power density of 2 W / cm2 was reported. This performance is the highest reported value for polymer membrane fuel cells (AEM and PEM) using a non-precious metal catalyst. Especially the 4x lower loading of Fe-N-C catalyst compared with previous reports makes this type of fuel cell economically interesting. Moreover, the electrocatalyst was stable at voltages of 0.6 V for more than 100 hours.

To evaluate feasibility of Fe-N-C cathode for more practical application, the fuel cell was tested in the air flow as cathode oxidant. The achieved current density was 3.6 mA / cm2 at 0.1 V with a peak power density of over 1 W / cm2. These results again show the highest reported values in the literature up to date compared to other hydrogen-air AEM fuel cell.

The cell configuration simulating more realistic operation was intended to benchmark against the DOE targets and the DOE2022 milestones. Cathodes with 0.6 mg Pt / cm2 and a 1 mg Fe-N-C per cm2 were compared. The paired cell was operated under conditions similar to the DOE-defined protocol: 0.9 V iR-free, cell temperature 80°C and 100 kPa partial pressure of O2 and H2. A steady-state current density reached at 0.9 V (iR-free) was approx. 100 mA / cm2. This was more than twice the DOE target.

Finally, the next configuration was designed using the DOE2022 milestones protocol postulating that the total precious metal loading should be less than 0.2 mg Pt / cm2. This was achieved by integrating Fe-N-C cathode with low-loading PtRu/C anodes (0.125 mg PtRu per cm2). This cell reached a peak power density of 1.3 W / cm2 under hydrogen-oxygen operation. Recalculating this value to a specific power output of 16 W per mg Pt results in the highest value of any AEM fuel cell ever reported in the literature.

It has been demonstrated that the Fe-N-C electrocatalyst can compete with noble metal-based catalysts for AEM fuel cells. The reported cell configuration provided remarkable performance in terms of activity and durability under fuel cell condition.