In our previous post of this blog series on Electrical Energy Storage in the EU we briefly introduced you to different technologies and their use cases. Here, we give you a short overview over the EU energy grid.  Supplying approximately 2,500 TWh annually to 450 million customers across 24 countries, the synchronous interconnected system of Continental Europe (“the Grid”) is the largest interconnected power network in the world. The Grid is made up of transmission system operators (TSOs) from 24 countries stretching from Greece to the Iberic Peninsula in the south, Denmark and Poland in the north, and up to the black sea in the east. The European Network of Transmission System Operators (ENTSO-E) serves as the central agency tasked with promoting cooperation between the TSOs from the member countries in the Grid. The ENTSO-E, in essence, acts as the central TSO for Europe. With over 140 GW of installed wind and solar PV capacity, the EU trails behind only China in installed capacity. A breakdown of the individual contributions of EU member states is shown below in the figure above.

Energy Storage in the EU

On a total capacity basis (installed and planned MW) the top three energy storage markets within the EU are: Italy, the UK, and Germany. These countries were selected on the basis of these existing market sizes.

Spain and Denmark were selected based on their large amounts of existing renewable energy capacity and − in the case of Denmark − the forecasted growth in renewable energy and energy storage capacity.

While still lagging behind the rest of the EU in terms of decarbonization efforts and having a small portion of their energy from renewable sources, the Netherlands were also selected for further investigation.

With over 183 GW of installed capacity worldwide, pumped hydro storage is the most widely implemented and most established form of energy storage in the world. Due its extensive market penetration, technology maturity, and the fact that this blog is aimed at emerging new storage technologies, the data presented in the following posts excludes this technology.

Find more details about the energy storage market of selected European countries in our next postings. 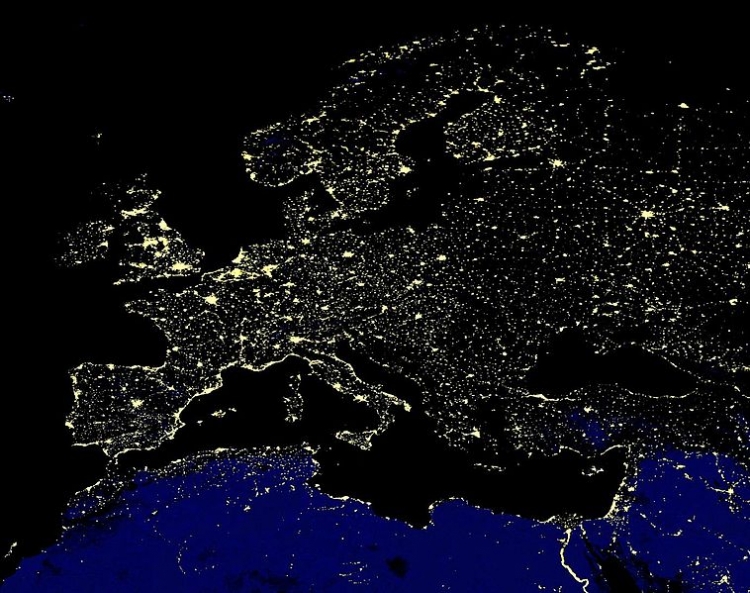 Electrical energy storage (EES) is not only a vital component in the reliable operation of modern electrical grids, but also a focal point of the global renewable energy transition. It has been often suggested that EES technologies could be the missing piece to eliminating the technical hurdles facing the implementation of intermittent renewable energy sources. In the following blog posts, selected EES markets within the European Union will be evaluated in detail.

With over 80 MW of installed wind and solar capacity, Germany is by far the leading EU nation in the renewable energy transition. However, experts have argued that Germany’s need for widespread industrial scale energy storage is unlikely to materialize in any significant quantity for up to 20-years. This is due to a number of factors. Germany’s geographic location and abundance of connections to neighbouring power grids makes exporting any electricity fluctuations relatively easy. Additionally, when Germany reaches its 2020 targets for wind and solar capacity (46 GW and 52 GW, respectively) the supply at a given time would generally not exceed 55 GW. Nearly all of this would be consumed domestically, with no/little need for storage.

When evaluating energy storage in the UK, a different story emerges. Being an isolated island nation there is considerably more focus on energy independence to go along with their low-carbon energy goals. However, the existing regulatory environment is cumbersome, and poses barriers significant enough to substantially inhibit the transition to a low-carbon energy sector – including EES. The UK government has acknowledged the existence of regulatory barriers and pledged to address them. As part of this effort, a restructuring of their power market to a capacity-based market is already underway. The outlook for EES in the UK is promising, there is considerable pressure from not only industry, but also the public and the government to continue developing EES facilities at industrial scale.

Italy, once heavily hydro-powered, has grown to rely on natural gas, coal, and oil for 50% of it’s electricity (gas representing 34% alone). The introduction of a solar FIT in 2005 lead to significant growth in the solar industry (Italy now ranks 2nd in per capita solar capacity globally) before the program ended in July 2014. In recent years there has been notable growth in electro-chemical EES capacity (~84 MW installed), primarily driven by a single large-scale project by TERNA, Italy’s transmission system operator (TSO). This capacity has made Italy the leader in EES capacity in the EU, however the market is to-date dominated by the large TSOs.

However, the combination of a reliance on imported natural gas, over 500,000 PV systems no longer collecting FIT premiums, and increasing electricity rates presents a unique market opportunity for residential power-to-gas in Italy.
Denmark is aggressively pursing a 100-percent renewable target for all sectors by 2050. While there is still no official roadmap policy on how they will get there, they have essentially narrowed it down to one of two scenario: a biomass-based scenario, or a wind + hydrogen based scenario. Under the hydrogen-based scenario there would be widespread investment to expand wind capacity and couple this capacity with hydrogen power-to-gas systems for bulk energy storage. With the Danish expertise and embodied investment in wind energy, one would expect that the future Danish energy system would be build around this strength, and hence require significant power-to-gas investment.

The renewable energy industry in Spain has completed stagnated due to retroactive policy changes and taxes on consumption of solar generated electricity introduced in 2015. The implementation of the Royal Decree 900/2015 on self-consumption has rendered PV systems unprofitable, and added additional fees and taxes for the use of EES devices. No evidence was found to suggest a market for energy storage will materialize in Spain in the near future.

The final country investigated was the Netherlands, which has been criticized by the EU for its lack of progress on renewable energy targets. With only 10% of Dutch electricity coming from renewable sources, there is currently little demand for large-scale EES. While the Netherlands may be lagging behind on renewable electricity targets, they have been a leader in EV penetration; a trend that will continue and see 1-million EVs on Dutch roads by 2025. In parallel with the EV growth, there has been a large surge in sub-100kW Li-ion installations for storing energy at electric vehicle (EV) charging stations. It is expected that these applications will continue to be the primary focus of EES in the Netherlands.

Similar to Italy, the Dutch rely heavily on natural gas for energy within their homes. This fact, coupled with an ever-increasing focus on energy independent and efficient houses could make the Netherlands a prime market for residential power-to-gas technologies.